S M Anisuzzaman has joined as the Chief Executive Officer of Bangladesh Infrastructure Finance Fund Limited, one of the biggest Non Bank Financial Institutions in Bangladesh owned by the Government of Bangladesh and represented by Finance Division of Ministry of Finance. Prior to this appointment, he was the Deputy Managing Director of National Housing Finance and Investments Limited. 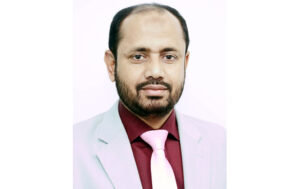 An engineer by education but a banker by profession, Anisuzzaman has more than 25 years of extensive experience in the financial sector of Bangladesh. He has held senior positions in a number of Banks and NBFIs, including Head of Principal Branch of Jamuna Bank Limited. Over his versatile career in Banks and NBFIs, he received many accolades and achieved “The Best Manager” award several times as a recognition of his excellence in the banking profession. In addition, he obtained a good number of trainings from reputed national and international institutions.

He has completed his BSc in Civil Engineering from BUET and MBA in Strategic and International Management from the University of Dhaka. He has traveled widely in many countries around the globe.